How to manage administration in Microsoft 365?

Within any infrastructure or application, privileged accounts are particularly sensitive accounts. Securing them is a key issue. This is especially true for SaaS services, where the shared responsibility model requires an organization to protect its data and identities, and the Microsoft 365 suite is no exception.

In fact, if there’s one thing you need to protect, it’s your administrators!

Whether it concerns authentication methods, third-party application permissions via APIs (allowing a third-party application to synchronize data with an external storage service, for example) or changing retention policies, an administrative action can significantly affect the data and security of the tenant on a larger scale. If it is necessary to make this point even more explicit, a Global Administrator has the ability to access all data or manage all the settings of Office 365, Windows 10, Azure AD… but also Azure!

What are the native functionalities in the Microsoft platform?

Which rights models within Microsoft 365?

The person behind the opening of the tenant automatically takes over the role of General Administrator. He can then appoint other administrators to accompany him in his tasks. As far as possible, Global Admin’s rights should not be used in order to limit overexposure of the administration accounts. It is good practice to limit this general role to a maximum of 3-4 accounts. In addition, for almost all actions there is an equivalent service administration role (e.g. SharePoint Administrator, User Administrator, etc.).

These service administration roles are also known as Azure AD roles. Each service can be viewed as an Azure AD application. An administrator would thus be equivalent to the owner of the service in question. At the time of writing this article, Microsoft offers 59 different roles, which provides a good level of segregation of rights in most cases.

In the case of advanced maturity, it is possible to go further in the segregation of rights by creating personalised Azure AD roles. In concrete terms, this means deciding what permissions this role has (e.g. “microsoft.directory/applications/create” allows you to create applications in Azure Active Directory).

As its name suggests, Role Based Access Control (RBAC), allows for the implementation of more refined permissions management; with the ability to define roles for defined perimeters (e.g. for certain user groups). For example, it will be possible to create “Helpdesk A” and “Helpdesk B” in Exchange Online to give support rights to two separate teams on a perimeter A and a perimeter B.

How to provision the accounts of administrators?

The first question is how to create an administrator’s identity. Two strategies are possible:

Regardless of the administration role, it is recommended for a SaaS service such as Microsoft 365 that the account be located as close as possible to the administered resource. Here, this amounts to using cloud-only accounts. The objective is twofold: to protect against a possible unavailability or of a compromise of the organisation’s identity repository.

How to assign permissions?

The second question is how to assign the right privileges to the administrative roles created.

In the case of service administration

In order to assign an AAD role, it is possible to use 3 methods (via the portal or the corresponding PowerShell command):

Note that it is also now possible to assign an Azure AD role to a security group (Cloud only) via a preview feature. This may simplify certain administrative models, such as where the Unified Communications team needs the SharePoint Administrator role and Teams Administrator. However, be careful with the management of this group.

In the case of the administration of objects

For RBAC roles, the definition of roles is done directly in the administration platform of the service concerned. It is then possible to assign the role in question manually or to a security group, in the portal or via an IAM solution.

Figure 2 – Natives functionalities of the solution

How to build and implement your administration model?

What strategy to define your rights model?

The construction of a delegation model must be based on the principle of least privilege. The core of the work is to make an inventory of the cases of Office 365 administration usage and to match your teams with the available rights.

This can be an opportunity to rethink the organisation of teams dealing with the working environment. Two observations are quite significant:

Office 365 has the particularity of bringing together a multitude of different services, such as file or information storage (SharePoint, OneDrive), communication tools (Exchange, Teams) but also security (Defender, Information Protection, etc.). It is therefore essential to group the services into categories and define a correspondence matrix between team and administration roles.

Concretely, we advise you first to use the default Azure AD roles for service administration, and then to define more granular roles with RBAC and custom roles.

It is also interesting to identify the most sensitive roles, such as those allowing access to data or security settings (for example: Global Admin, Exchange Admin, Security Administrator and Application Administration) in order to be able to adapt the security of these roles.

How to delegate administration rights on objects in a multi-entity context ?

Before talking about security in the strict sense of the word, there is another question. Although the configuration of services and security parameters can only be done centrally, local teams need to carry out support actions: creation or modification of an internal or guest account, resetting of authenticators, creation of a Microsoft 365 group or a distribution list, etc.

The service administration roles, the Azure AD roles, do not offer privilege segregation by perimeter; an Exchange Online administrator will therefore be able to handle all mailboxes. It will not be conceivable to give them in complex organisations or in regulated contexts. Several strategies are available, depending on the maturity and complexity of the organisation.

In the case of small structures, it is easiest to use the native functionalities:

In the case of larger structures, good practice is not to manage objects (users, mailboxes, groups, SharePoint sites, etc.) directly in native portals. What is needed is an interface that allows all these objects to be managed, while taking into account the business logic and the target administration model. Below are three examples of interfaces:

Please note: this interface, dedicated to support teams, will be distinct from an interface open to all users allowing them to centrally create guest users, SharePoint sites, Teams, etc. In concrete terms, this second interface could be integrated with ITSM tools, SMP or even be developed based on Power Apps and Graph API.

Depending on the security licenses, mainly the EMS bundle, Microsoft provides a number of controls to secure administration accounts.

Most of these could also be obtained via third-party tools.

An administrator must have an account dedicated to administration, different from the office automation account. It should be cloud-only where possible (e.g. wavestone.onmicrosoft.com).

Multi-factor authentication is no longer an option today, and even less so for administrators.

This measure is available for everyone, for all licences:

It is also important to ensure that legacy authentication protocols that do not support MFA are disabled. These would allow single sign-on to be bypassed.

It will also make sense to limit the types of additional factors available; what is the point of securing administration accounts if the second factor is the administrator’s Gmail address.

Without a licence, it will not be possible for an administrator to access the different services and data of the platform, or to have a mailbox.

Please note that some services, such as Power Apps or Power BI, require a licence to access the administration portal. In practice, it can be interesting to create a security group that allocates the necessary licences for administrators.

Conditional access allows you to evaluate the context when accessing an Office 365 service and to authorise access accordingly. For example, access can be blocked depending on the type of workstation used (whether managed by the company or not), the network on which the user is connected, the application in question or the user’s administrative role.

In a Zero Trust logic, there should be no differentiation between the internal and external network, especially for administrators, but rather focus on the status of the workstation and the risk of connection.

Azure AD Password Protection provides controls over passwords. It will thus be possible to prohibit the use of a current password or a derivative (with a list predefined by Microsoft or maintained by the organisation).

A good practice is to apply this protection to all Cloud-only administration accounts as a minimum.

Azure AD Identity Protection adds a notion of risk in the evaluation of user access and behaviour. Concretely, it will be advisable to define the following policies;

Azure AD Privileged Identity Management is a service to control the assignment and use of administrative roles:

It will be relevant to distinguish the so-called sensitive roles from the others during implementation.

It should be noted that the PIM functionalities have recently been extended to the different groups, which makes it possible to set up “Just-in-time” for more exotic cases such as RMS / AIP Super-Users.

To go even further

Once all these security measures are in place, all that remains is for you to implement supervision to detect non-compliance with the previous rules and abnormal behaviour.

And for this, nothing better than to refer to our article on the subject to understand the available logs.

Administration is by definition a critical action. It must be carried out within a perimeter of trust. The provision of PAW, or administration post, will enable us to achieve this objective.

The configuration of the administration station should be simple (no local administration rights, restricted Internet browsing, blocked USB ports, pre-installed PowerShell modules, etc.). But restricting the connection of an Office 365 administrator from this workstation may cause more problems. There are several possibilities for this:

It cannot be repeated often enough that Office 365 is a Cloud platform and is constantly evolving. Keeping up to date will continue to increase its level of security over time.

Figure 3 – The security of accounts, measures that can be counted on the fingers of one hand

A good practice in the administration of the Microsoft platform is the setting up of administrator accounts that allow control over the platform to be regained in the event of an incident.  These are called glass-breaking accounts. These accounts should allow full control over the Office 365 tenant and are therefore assigned the role of Global Administrator.

It is also recommended not to use a specific naming convention for these accounts, they should not catch the eye of a possible attacker!

Security on Office 365 is based on technical measures to protect administrator accounts, as well as the implementation of a target administration model, which includes clear governance and processes, tools to implement this delegation of rights, and mechanisms to maintain it over time.

But whatever protection measures are implemented, security rests first and foremost with the administrators of the solution. Awareness raising and controls for administrators will be essential.

Administrators must bear in mind that their accounts give access to extremely sensitive information and actions: they are therefore the preferred target of hackers!

As O365 is constantly evolving, each new feature introduced by Microsoft may also bring with it its share of security problems that need to be studied and taken into account. Take the opportunity to update your documentation: O365 risk analysis, service configuration, delegation model…always without forgetting to allow your administrators to train! 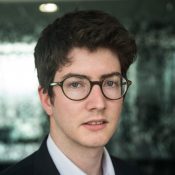 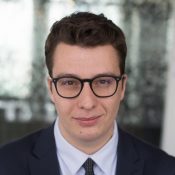 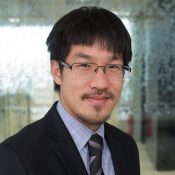