We have seen in the first part of the article the risks that represent the deepfakes for the businesses. In this part, we are going to focus on the strategies available to pre-empt deepfakes and the concrete actions to implement as of now to reduce their risks.

DIFFERENT STRATEGIES TO safeguard AGAINST DEEPFAKES

Concurrently with the legal framework, public and private organisations get organised to put forward solutions allowing to detect and prevent the malicious spread of deepfakes. We can distinguish four strategies to safeguard against deepfakes.

Detecting the deepfakes by their imperfections is one of the main existing methods. Some irregularities remain in the generated contents, such as the lack of blinks and of synchronisation between the lips and the voice, distortions of the face and accessories (arms of the glasses), or the inaccuracy of the context (weather, location).

The deepfakes are however built to learn from their mistakes and generate a content that is increasingly alike the original, making the imperfections less perceptible. The tools using this deepfake detection strategy can be effective but require a constant improvement to detect ever more subtle anomalies.

We can cite in this category Assembler, a tool intended for journalists developed by Jigsaw (branch of Alphabet, parent company of Google). It enables to verify the authenticity of contents through their analysis via five detectors, amongst which the detection of anomalies of patterns and colours, of copied and pasted areas, and of known characteristics of deepfakes algorithms.

Comparing the contents with a database of authentic content or by looking for similar content on search engines to see whether they have been manipulated (for instance, by finding the same video with a different face) is another strategy allowing to pre-empt deepfakes.

In 2020, the AI Foundation should make available a plugin, Reality Defender, to integrate to web browsers and over time to social networks. It will allow the detection of manipulations of contents, targeting first the politicians. Users will be led to adjust the sensitivity of this tool, according to the manipulations they will want to detect or not, not to be notified for every manipulation of content, notably for the most ordinary manipulations (photo retouch on a web page done on Photoshop for example).

A third method consists in marking the contents with a watermark, or digital tattoo, to facilitate the authentication process by filling in their source and following the manipulations undertaken on these contents.

A team from the New York University works on a research project to create a camera embedding a watermarking technology meant to mark the photographed contents, in order not only to authenticate the original photography, but also to mark and follow all the manipulations carried out on it throughout its lifecycle.

Involving the users in the detection process allows both mitigating deepfakes’ impacts by making them realise that the alteration of the acceded contents is possible, and to reduce deepfakes’ occurrence by allowing them to report the ones they suspect.

The plugin Reality Defender already mentioned will give users the possibility to report the contents they judge as fake so as to inform the other users – which once added to the analysis realised by the tool, will be able to see if the contents have been reported by other users, offering a second level of indication.

Some initiatives carried by cooperation of cross-sector actors combine these four strategies for a maximal efficiency against deepfakes. Some are already used or tested by journalists. It is the case of InVID, initiative developed within the scope of the European Union Horizon 2020 program of financing of research and innovation, used by the French press agency (AFP).

Solutions and strategies are therefore emerging, the market is developing, and new innovative solutions should appear very shortly with the results of the Deepfake Detection Challenge. This contest anti-deepfake was launched by Facebook upon the approach of the American presidential election, and more than 2,600 teams signed up. Results the 22nd of April!

Below a table presenting examples of initiatives combining different strategies to safeguard against deepfakes.

The risk deepfakes present for businesses is genuine, and a few actions can be taken to protect one’s activity and mitigate its impacts from now on. 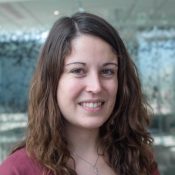 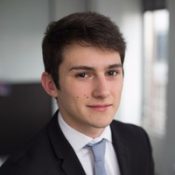