What are the supply chain threats?

What’s a picture of the current situation?

Since 2019, there has been a growing focus on third-party attacks. With good reason: CyberArck estimates in a study from 2022 that 71% of organizations suffered a successful

In terms of maturity, in 2022: a survey of 1,000 CIOs found that 82% said their organization is vulnerable to cyber-attacks targeting software supply chains (Venafi). From our own Cyberbenchmark, we can see that 50% of our interviewee don’t control their security requirements with their third party and 15% conduct audits on their most critical suppliers in 2022.

What kind of attacks are we talking about?

Attacks on the supply chain are related to threats around third parties. ENISA defines this type of attack as follows: “ A supply chain attack is a combination of at least two attacks. The first attack is on a supplier that is then used to attack the target to gain access to its assets. The target can be the final customer or another supplier. Therefore, for an attack to be classified as a supply chain one, both the supplier and the customer have to be targets.”

Why is it serious?

First because these attacks are complicated to detect: originally used for espionage, these are attacks where the attacker aims to remain discreet until the attack is launched. Second because it is a one-to-many kind of attack. A small change in software source code can affect the entire supply chain (plus, the chains are increasingly interconnected). The most known example is Kaseya and its 800 and 1,500 total businesses affected victims. Thirdly, many enterprises don’t have enough visibility on their ecosystem to anticipate or even detect the flaws in their IS. As we have seen, the security maturity in this field is currently quite low.

There are some aggravating factors:

Infects a system that is ‘upstream’ of users, for example through a malicious update, which then infects all ‘downstream’ users who download it. ​

Compromise third-party components, such as an open-source package​

Dependencies confusion: the attackers provide a fake “new” upgrade of a software’s project needed component for the targeted software to automatically download it and implement it in the project. ​

Within these strategies, one of the most impactful methods is to target the CI/CD pipeline. If the infrastructure is not secured enough and there is a poor access management (our audit teams often see this), it can be easily targeted. Once compromised, the attacker has access to a part of the critical ‘linfra, to the source code of the application and the infrastructure and can generally do what he wants

The impacts are high: 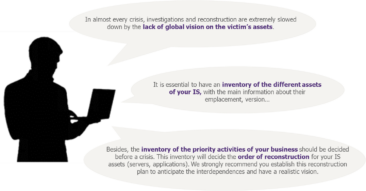 READING OF THE MONTH

This is the tenth edition of the ENISA Threat Landscape (ETL) report, an annual report on the status of the cybersecurity threat landscape. It identifies the top threats, major trends observed with respect to threats, threat actors and attack techniques, as well as impact and motivation analysis. 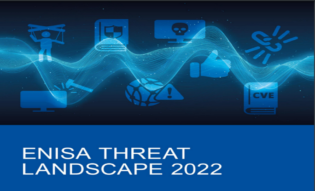 Link to the report

CERTcybersecurityENISASUPPLY CHAINthreatwatch
Prev post Zero trust and identity as the new perimeter : what about tokens ?
Next post Turn your dashboard into a real management asset against global cyber threats